Blog > GMAT Preparation > Does Difficulty Level of Questions on the GMAT Matter? 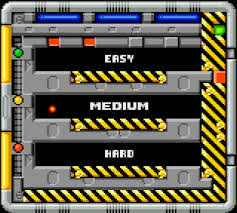 While studying for the GMAT, you will come across several topics, some of which would be termed more important than the others by the GMAT experts. Several GMAT coaching centres in Delhi provide the difficulty level in numerals of the GMAT practice questions. The aim of GMAT coaching institutes in Delhi is to help the students categorize the question into a group such as ‘600-700’ level. Once a student is able to identify the category, some of Delhi’s GMAT coaching centres believe that he/she can then determine the strategies to be applied. Some of the GMAT coaching institutes also claim this as a time saving technique. But is this technique really fruitful?

Difficulty is a Personal Perspective

Some of Delhi’s reputed GMAT coaching institutes assert that what you may find difficult, others may find easy. A 600-level scorer may find a question difficult while a 700-level scorer may be able to solve the question within the stipulated time. To analyze the difficulty level of a question is not easy. Difficulty of a question is subjective and as long as you are able to obtain the answer within the given time, the difficulty level of the question doesn’t matter. All that is important is to know the approach to solve the problem.

Analyzing the difficulty level of a problem can be detrimental to your performance in the GMAT exam. You are only spending your time in a task which would just add on to your stress levels. Your concentration should be on solving the questions rather than analyzing their difficulty level. If you have no idea about how to solve the question, you should make a random guess instead of pondering over it for a long time.

Missing Out on the More Important Things

GMAT is a computer-adaptive test. When you sit for the GMAT exam, you will be presented with a medium-level difficulty question, which means 50% of people will opt for the correct answer whereas 50% will mark the incorrect answer. As GMAT Coaching experts in Delhi will tell you, if you mark the correct answer, the next question will be more difficult than the previous one whereas if you mark an incorrect answer, the next question will be easier than the previous one. Some students who are scoring in the lower range may never witness a tough question on the GMAT exam while those who have scored 700 plus may have encountered several tough questions.

It is due to this algorithm that the GMAT test-takers get too stressed out if they encounter an easy question as they think that they have answered the previous questions incorrectly.